Punk personified by tousled tendrils and a legendary status, each of our charismatic unicorns has its own unique twist. Exquisitely redrawn in charcoal, these mythical creatures were first created in 1958 by the talented hand of artist Walter Hoyle and lauded by contemporaries as the best and most innovative screen-printed wallpaper of the age. This Palladio design is a wonderful example of an English mid-century modern aesthetic, reinterpreted as a wide-width wallpaper.

The wonderful unicorns in our Elixir of Life design are a quirky example of the upsurge in creative talent that arose from Great  Bardfield, Essex after the end of WW2. A quietly traditional English village, it produced creative talents such as Hoyle, who, on his friend Edward Bawden’s suggestion, moved to Great Bardfield in 1952. The two had met whilst Walter was a pupil at the Royal College of Art in the 1940s, and Hoyle’s painting skills were commissioned by Bawden to help paint his mural in the Lion and Unicorn Pavilion at the 1951 Festival of Britain.

The first ‘Unicorns’ wallpaper was created in 1958, when if featured as part of the Palladio wallpaper pattern books which included designs particularly suitable in scale and colour for the wide vistas and architectural modernity of England’s post-war municipal buildings. Then, as today, the Unicorn design was clearly also a good choice for domestic spaces: Walter and his wife Denise hung this paper on their kitchen walls. ​ 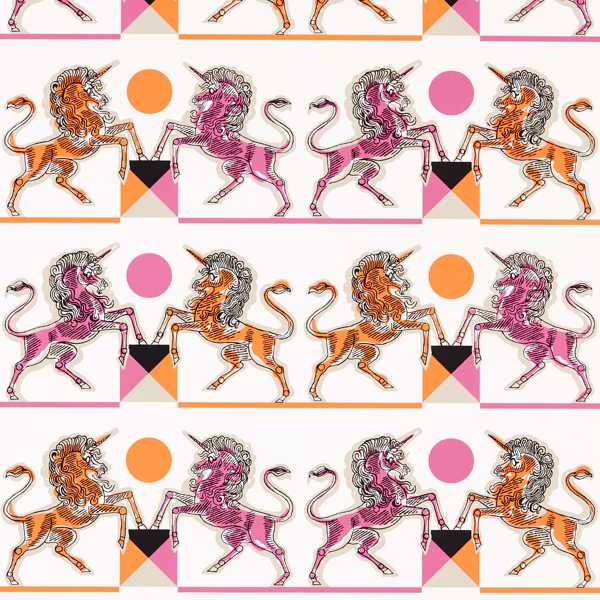 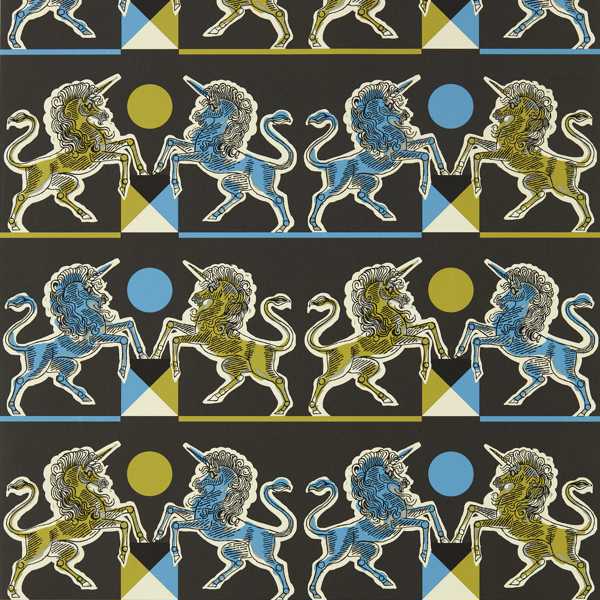 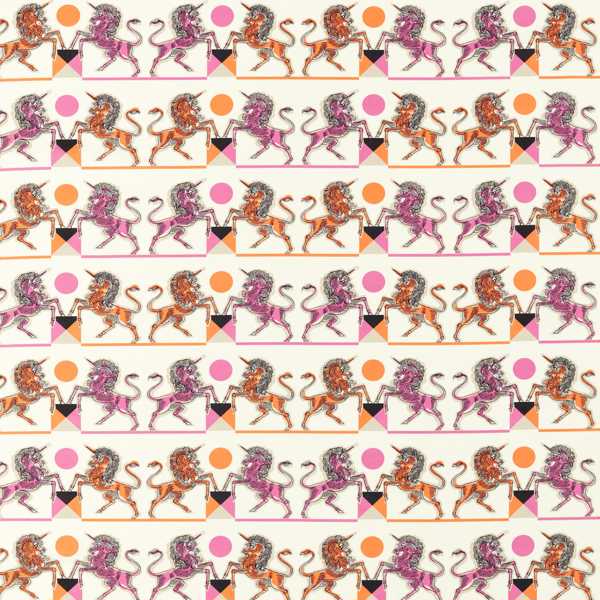 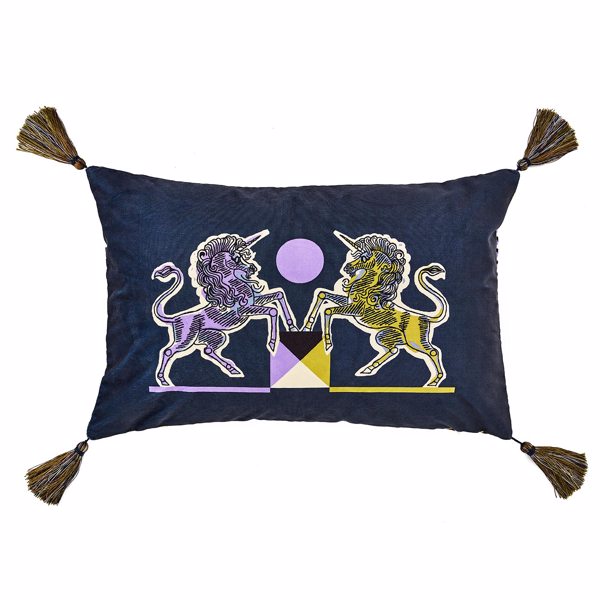